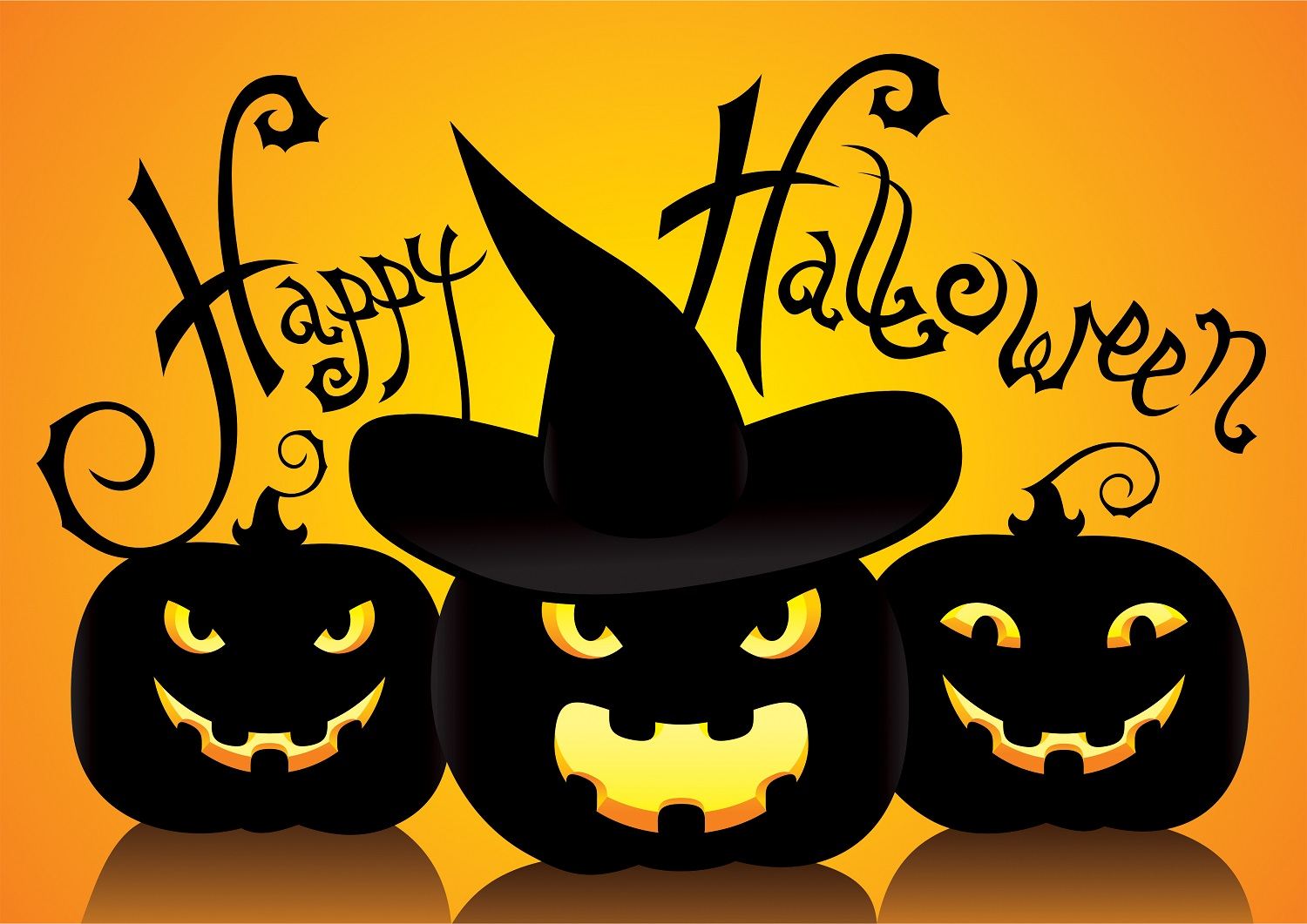 Find Beautiful, Crazy, and Scary Halloween 2021 Wishes and Messages for Facebook and WhatsApp.

Halloween is an annual festival in the West which is celebrated each year on the 31st of October. This is an amazing event that is interestingly also known as All Hallow’s Eve, or All Saints’ Eve.

Halloween is the eve of the Western Christian feast of All Hallows’ Day, known as All Saints’ Day as well.
Interestingly, when most of us think of Halloween, we generally think of… Like trick-or-treating and carving jack-o-lanterns treating, and a lot of candy. But guys, have you ever wondered how all of those traditions came to be?

The roots of this festival go a long way back in history and are quite a bit spookier than you may be thinking now. Let us tell show you a quick primer. Halloween goes back to the age-old European traditions when people would light bonfires and wear costumes to kick-out ghosts from their areas and as per historians that time is of the ancient Celtic festival of Samhain, so Halloween is known as the origin from Celtic of Samhain.

Across the world, as days become shorter and nights are getting colder, people continue to usher in the pleasant season with parties, gatherings, costumes, and a lot of candy treats.

Halloween – What is the History behind?

Halloween is a very interesting festival but as much as this event is amazing its history is as much confusing somehow.
There are debates around that world about its origin, and there are pagan and Christian traditions that have evolved into what is Halloween is likely today.

A group of people believes it was originated from the Celtic pagan festival of Samhain. The meaning of Samhain is ‘Summer’s End’ which is celebrated at the end of the harvest season.

While on the other hand, Gaels believe that it was a time when the walls between our world and the next became so weak. That was the time when spirits get to pass through and come back to life on that day and damage their crops. Gaels arrange dinner tables in different places and would also offer drinks and food, and light bonfires to kick off the evil spirits.

The origins of dressing up in costumes trick-or-treating were in the 16th century in Ireland, Scotland, and Wales, and borrowing from them Americans also began to dress up in costumes and go door to door asking for money and food in exchange for a poem or song. This practice eventually became today’s very amazing “trick-or-treat” tradition.

Halloween phrase trick-or-treat was first used in America in 1927. These traditions were brought to America by immigrants.

Celts dressed up with white and blackened faces during this festival to trick the evil spirits that they believe would be roaming on the earth before All Saints’ Day on November 1st.

In the same way, people also dressed up in full costumes as souls of the dead. They believe to be protecting themselves from the spirits by copying them. 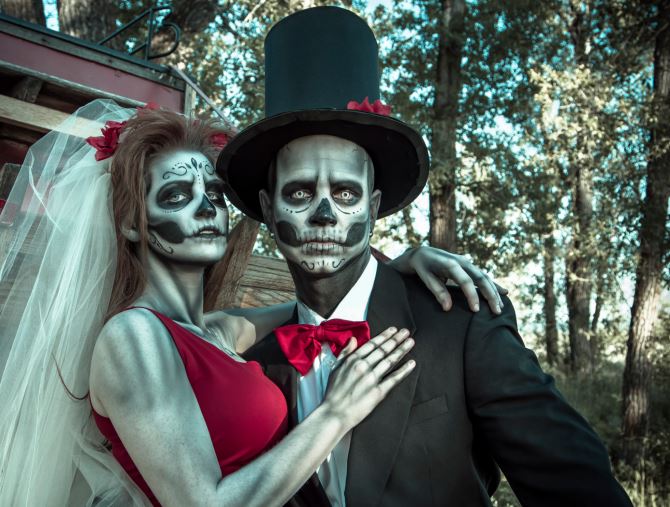 Halloween phrase trick-or-treat was first used in America in 1927. These traditions were brought to America by immigrants.

Celts dressed up with white and blackened faces during this festival to trick the evil spirits that they believe would be roaming on the earth before All Saints’ Day on November 1st.

In the same way, people also dressed up in full costumes as souls of the dead. They believe to be protecting themselves from the spirits by copying them.

Halloween: Why do we carve pumpkins?

During the Samhain festival, Gaels would carve turnips and made lanterns and went to homes asked for treats.
As per history in the 1920s pumpkin carving was widespread across America but why? Because Irish immigrants came to America, they could not find any turnips to carve. To make the tradition continue, they used the more readily available pumpkin, into which they carved scary faces.

Now the answer to why in simple words is. Gaels carved turnips to ward off spirits and stop fairies from settling in houses. In America, the same tradition is being continued, but with carving the pumpkins. 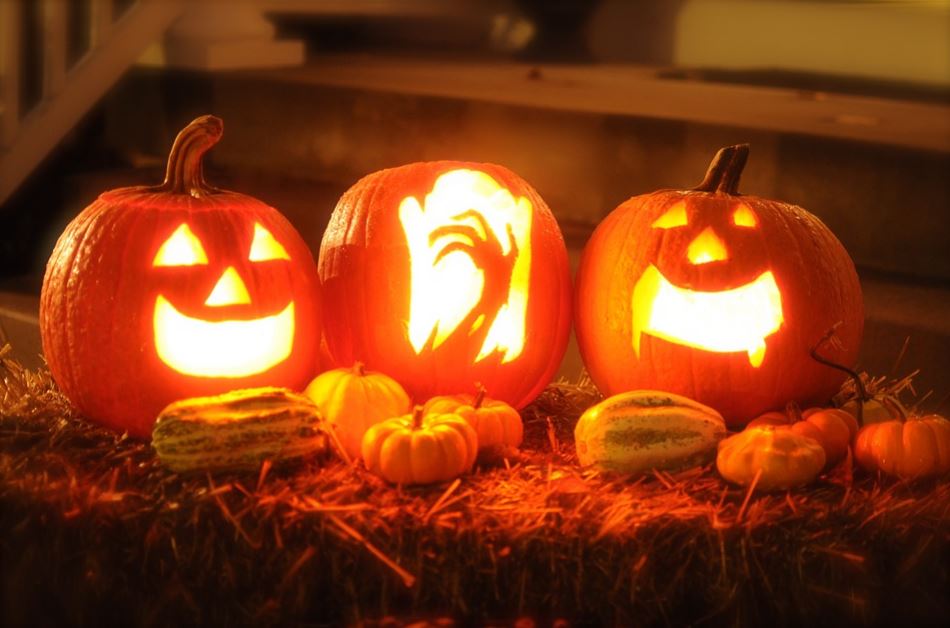 Christian communities celebrate Christmas, Good Friday, and Easter, but they also enjoy the Halloween festival. This festival is mostly celebrated by people from America, England, and European countries. The festival started in Ireland and Scotland. On this day, people congratulate their loved ones for the Halloween festival. You can also give greetings to your friends and relatives with these messages, images, and quotes. 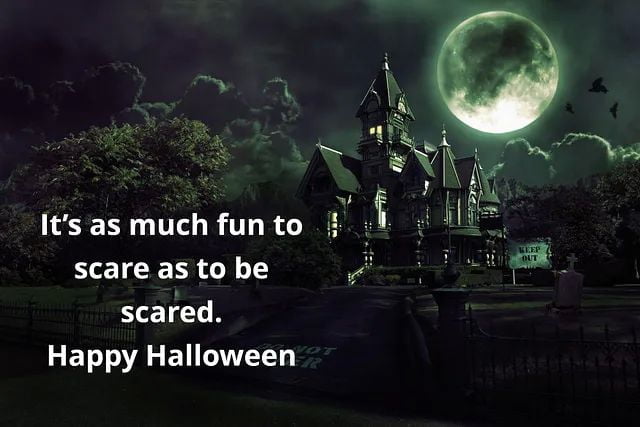 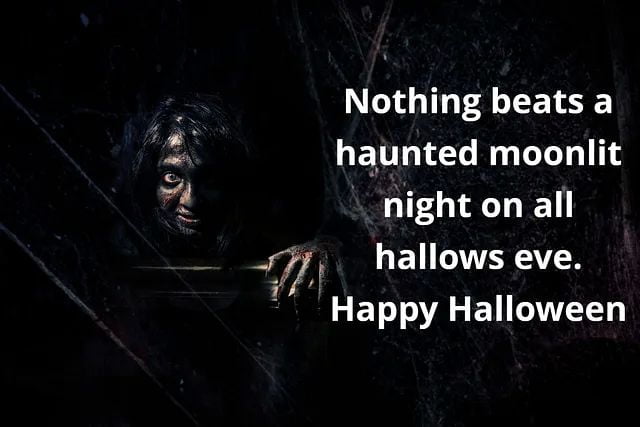 When witches go riding, as well as black pet cats, are seen, the moon giggles and also whispers,’t is near Halloween.

I want you to have a pleased Halloween filled with loads of great experiences! May the witches and also spirits give you all your dreams.

Halloween is a chance to be imaginative.

I enjoy the spirit of Halloween as well as the power that includes it.

I like that feeling: the cold air, the spooky threats prowling nearby.

Hope your Halloween is simply abounding joy, since a person like you deserves it!

All my life, I have been a celebrant of Halloween. For me, it is one of the most important days of the year, the transforming factor in the old pagan schedule.

Halloween is my preferred vacation, as well as I always go full-scale with my outfits.