International Men’s Day is celebrated on 19th November every year. This day is being celebrated in more than 70 countries in the world. It was inaugurated back in 1992 on 7th February by Thomas Oaster. This day celebration aimed to promote gender balance in society and to represent the importance of the various important roles being played by the Men in today’s world.

There is no doubt or argument in the point that Men and Women are the two solely pillars on which the world’s building is based on however if we look closely, in most of the countries the burden on Men’s shoulder is slightly higher than compared to Women. Especially in the Asian countries the whole family which sometimes even include 8-10 family members are dependents over a single Man, who bears the economic pressures to earn for the livelihood for all his family members and try to fulfill their life hood needs in the best possible manners.

International Men’s Day 2022 theme is “Making a difference for the boys and men in the community.”

International Men’s Day is celebrated with different themes each year for the awareness of different issues related to Men. In 2016 the theme was “Stop Male Suicide” and in 2015 the theme was “Working to expand reproductive options for men”

Why do we celebrate International Men’s day?

International Men’s day is celebrated to represent the positive aspects of male identity in society, irrespective of race, religion, and country. It’s an effort to promote the culture of humanity and respect to make this world a better place to live for all the human soles.

IMD (International Men’s day) is observed to recognize the positive value men bring to the world, their families and communities. Like women, some of the challenges that men face on a daily basis are not too different. They include abuse, trauma, cancer, and an alarmingly high suicide rate. 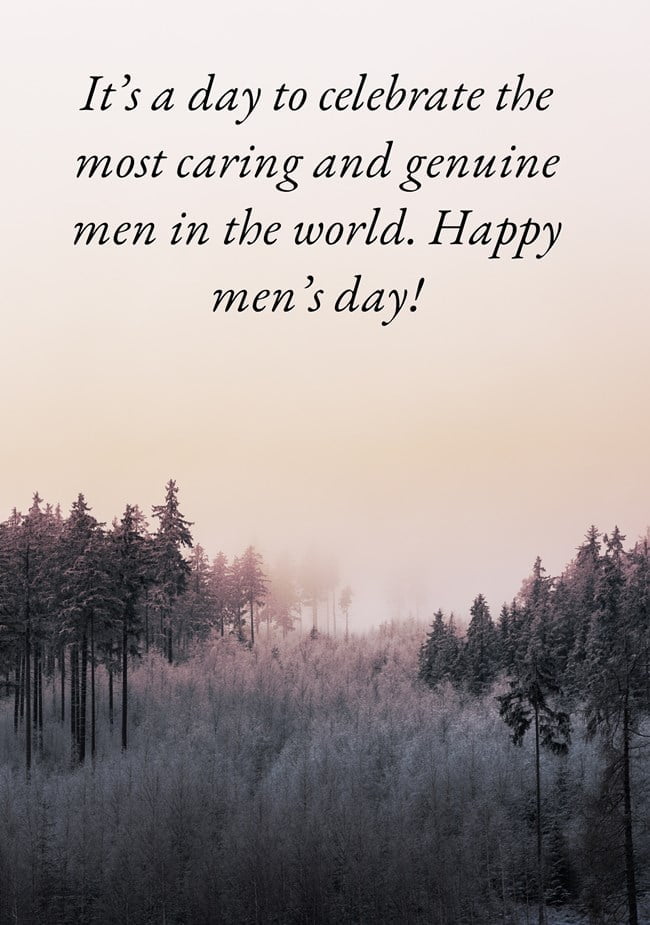 Ultimately, it is important to acknowledge the contributions of men. While empowering women is crucial, it’s important to remember that a world without men, would be equally cumbersome, as well.