National Hugging Day is celebrated annually on 21st January each year. For the very first time, this day was celebrated on January 21st, 1986 in Michigan, USA. National Hugging Day was proposed by Kevin Zaborny. He decided to choose 21st January as it comes after Christmas and New Year celebrations, and he felt that the American people were generally in low spirits after celebrations of two major events of the year.

The idea of National Hugging Day is to encourage people to hug friends and family members openhearted. The celebration of this Day is an effort to continue the spirit of happiness and joy, as well as to overcome the self-created distances between people. 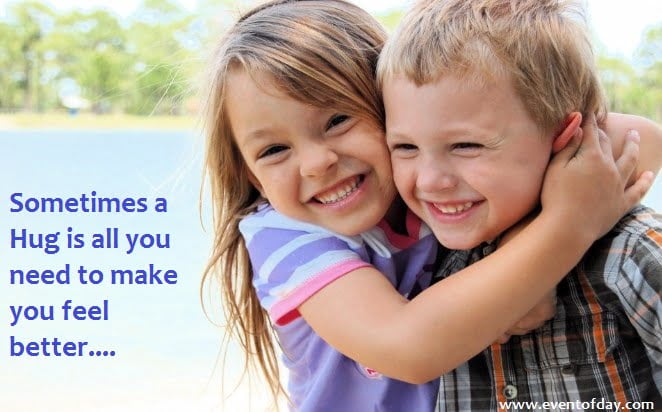 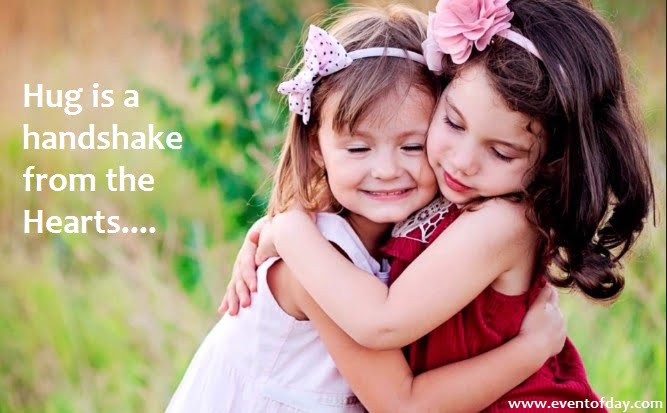 Similar to Hugging Day, the Free Hugs campaign is another social movement involving and encouraging individuals to offer free Hugs to strangers in public. The last words of Mr. Jason Hunter’s mother were “Let everyone know that they are an important person” and she died.  In inspiration from his mother, Jason thought about the Free Hugs campaign.

However, in the present form, an Australian Man known as Juan Mann started the Free Hugs campaign in 2004 for the very first time. Later on, in 2006, the campaign became famous internationally because of a music video by Australian band Sick Puppies, which has been viewed over 77 million times as of November 20, 2015.

Interestingly, depending upon the body gestures of the two-person, experts have divided the hugs into the following types:

Back to Front Hug

Bear Hug is considered as the strongest type of Hugs. In this type of hug, you squeeze your hugging partner in your arms. It is said that generally, people use bear hugs to when they are very much excited and to express strong affection with your hugging partner.

Cheek Hug is an opposite form of Bear Hug, in this type of Hugging is used to comfort someone or show affection feelings. This type of hugging is also practiced by the elderly people who may not be able to hug tightly.

Side to Side Hug

Side to side hug is considered as the most common type of Hugging, and we commonly witness it in our daily routine life. This is the casual style of hugging, expressing our affection feelings for somebody without being too close and excited.

Hear centered hug is a type of hugging usually used with close family members, partners, and friends. The close heart-centered hug is a beautiful gesture to express the feelings of love and to lift the spirits of your loved ones to realize that how much you care about them.

How to Celebrate Hugs Day

Life is too short to live, don’t waste the precious life moments in hates and quarrels. Let’s try to spend life in joy, happiness, and love with each other to make this world an even better place to live for every human soul on earth.

When is National Hug Day?

Hugging day will be celebrated on January 21, 2024. It will be the best time to hug your friends, lover, family members, and enemy. Below, I have shared National Hug Day 2024 quotes and wishes. You can use them according to your choice.

Thank you for your time in reading the article on the event of the day. Happy Hugging Day.