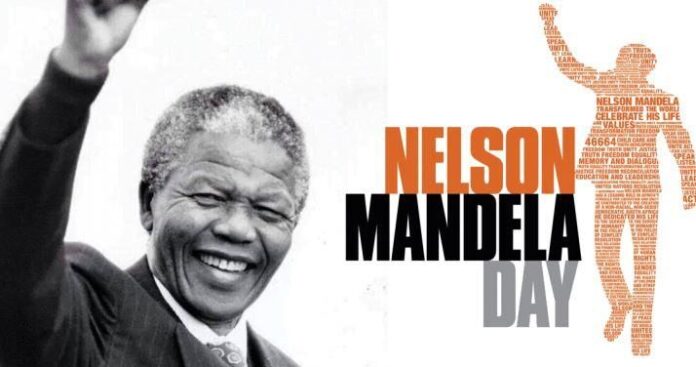 Nelson Rolihlahla Mandela birthday on 18 July is celebrated as Mandela Day in the world over. He is one of South Africa’s greatest heroes. Not only is he loved and adored by South Africans, he is also revered internationally.

On this day, South Africans people come together to celebrate the life of the first democratically elected president of South Africa, Nelson Mandela.

Mandela gave 67 years of his life fighting for the rights of humanity. It seems only fitting that we give 67 minutes of our time on this day, whether it’s supporting a chosen charity or serving in the local community.

Since his death in 2013, Mandela’s legacy has continued to inspire people to work for equality and social justice. We all should take a part and celebrate this day.

What to do on Mandela Day?

Mandela Day was first observed on July 18, 2009, and was sponsored primarily by the Nelson Mandela Foundation. To celebrate and raise awareness about this day, make a poster or create a chalk mural on the sidewalk that includes portraits of Mandela.

You can check up on all your family, neighbours, colleagues, friends, and acquaintances, with whom you have lost touch. It will be great to ensure that they are in good health and encourage each other to stay optimistic during this crisis.

Help poor people in need of basic amenities like food, clothing, and shelter.

Get out in your community and lend a hand by devoting some time to volunteering. You can volunteer for as a little or as long as you want, and you’re sure to feel good about the positive impact you have made afterwards.

The main purpose of Mandela Day is to make people aware of better works and to inspire them to cooperate with each other for good purposes.  Apart from this, this day is also celebrated with the aim of promoting peace around the world by the struggle and contribution made by him for the establishment of democracy at the international level.