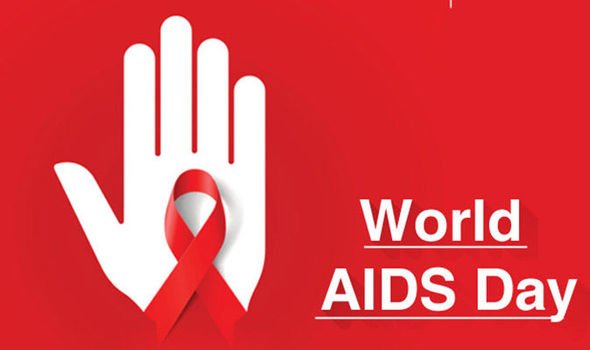 World AIDS Day is held on 1st December every year. The purpose of the day is to develop awareness among people about this disease and to show solidarity with the HIV/AIDS infected people in the world. This is a recognized WHO health day and celebrated since 1988.

On this awareness day, all the world focus on a specific theme, chosen by the Global Steering Committee of World AIDS control campaign. This day is an opportunity to support those involved in the fight against HIV and to improve understanding of HIV as a global public health problem.

World AIDS Day 2022 Theme: Each World AIDS Day focuses on a specific theme, which this year will be Global solidarity, shared responsibility.

On World AIDS Day, people wear Red Ribbon or make Red Ribbon formations to show symbolic support for over 36 million people who are suffering from HIV/AIDS worldwide. It is an awareness symbol.

Why the red bow as a symbol?

The red ribbon is seen as a symbol of solidarity and commitment in the fight against AIDS. The bow project was created in 1991 by Visual Aids, a group of art professionals, from New York, who wanted to honor friends and colleagues who had died or were dying of AIDS.

The red ribbon was chosen because of its connection to blood and the idea of ​​passion, says Frank Moore of the group Visual Aids, and was inspired by the yellow ribbon that honored American soldiers in the Gulf War.

It was first used publicly by actor Jeremy Irons at the 1991 Tony Awards ceremony. It has become a popular symbol among celebrities at other awards ceremonies and has become fashionable. Because of its popularity, some activists were worried that the noose could become just a marketing tool and lose its strength, its meaning.

However, the image of the bond continues to be a strong symbol in the fight against AIDS, reinforcing the need for actions and research on the epidemic.

World AIDS Day: What is HIV/AIDS?

White Blood Cells are a very important part of the human defense system. HIV destroys special types of white cells called CD4+ cells. If it destroys a lot of CD4+ cells, the body can not fight against infections.

A person having HIV does not mean having AIDS because even without HIV treatment, it can take about 10–12 years to result in AIDS.

We know the last stage of HIV infection as AIDS (gained Immunodeficiency Syndrome). A human with AIDS is having a lower number of CD4+ cells, which results in a weaker body defense system and ultimately leads to fatal infections or cancers.

It gives the symptoms of HIV as following. But these symptoms can also relate to other illnesses. So the only way to get confirmation about positive HIV is a clinical test.

These symptoms can prevail from a few days to many weeks. But sometimes, such symptoms do not appear for 10-12 years. If you think HIV infects you, then you should undergo the medical tests as early as possible.

If HIV is positive, then you should see the doctor immediately to start the treatment. You are at high risk of transmitting HIV to others.

If you are HIV positive and not on medical treatment ART (Antiretroviral Therapy) then eventually it will lead to the destruction of the immune system and ultimately result in the final infection stage of AIDS.

The following may be symptoms of AIDS. But these symptoms can also relate to other illnesses. The effective way to get confirmation about positive AIDS is a clinical test.

World AIDS Day: How to Stop and Control AIDS?

” Act as if what you do makes a distinction. It does.”

” It is never far too late to quit our prejudices.”

” One of the most important points in illness is never to lose heart.”

” Every action of your life discusses some chord that will shake in endless time.”

” Risk to connect your hand into the darkness, to pull another hand right into the light.”

” It misbehaves enough that people are passing away from AIDS, but no one needs to die of lack of knowledge.”

” AIDS obliges individuals to think about sex as having, possibly, the direst consequences: self-destruction. Or murder.”

” Pledge me you’ll constantly remember: You’re braver than you believe and stronger than you seem, and also smarter than you think.”

Thanks for reading my article about World AIDS Day.