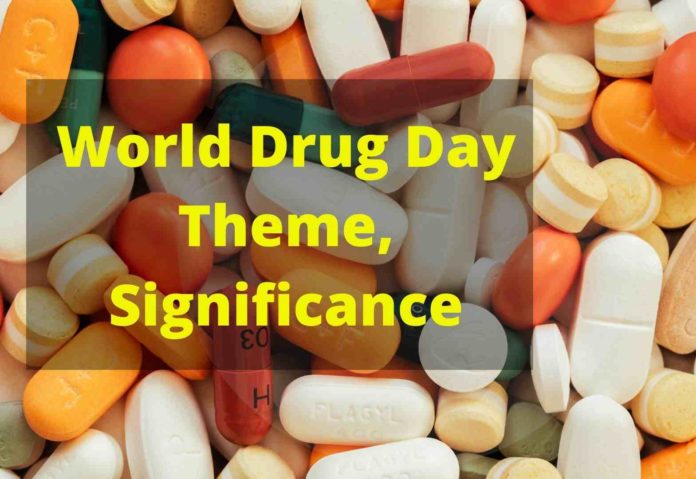 Every year, 26 June is observed globally as “International Day Against Drug Abuse and Illicit Trafficking” or “World Drug Day“.

The day symbolizes the work being done and the various efforts of cooperation to make the world drug-free.

World Drug Day started on 26 June 1989. Whereas the celebration of the International Day against Drug Abuse and Illicit Trafficking was passed by the United Nations General Assembly on December 7, 1987, under resolution 42/112.

We will tell you in this article, what are the measures being taken to fight drug abuse in the current situation and to fight this evil globally.

According to the World Drug Report 2020, in 2018, 269 million people in the age group of 15 to 64 years are victims of drugs worldwide. This figure is 5.4% of the total population of this age group of the world. The report says that by 2030 this population will increase by about 11% and this number will increase to 299 million.

Initiatives against drug abuse in India

Nasha Mukt Bharat Abhiyan or Drugs-Free India Campaign was launched on 15 August 2020 (Independence Day) in 272 districts of the country which were found most vulnerable and affected by drug abuse. It aims to make India a drug free country through positive partnership with educational institutions, community awareness programs for mass education and sanitation and integration of TRCs i.e. treatment, rehabilitation and counseling facilities.

• To reduce the ill effects of drug abuse through education and to make arrangements for rehabilitation of people affected by addiction.

• It aims at providing preventive education, identification, counseling, treatment and rehabilitation of drug dependent persons and service provider training and capacity building for the collective efforts of the Central and State Governments and NGOs.

• Government also provides financial assistance under NAPDDR. There are more than 500 voluntary organizations across the country, which are currently assisted financially under the NAPDDR scheme.

The most harmful Drug, Opium

Hemp is the most used drug worldwide. According to the World Drug Report 2020, in 2019 there are about 200 million people in the age group of 15 to 64 years who use cannabis worldwide, which is more than 4% of the world’s population in this age group (15-64).

According to the World Drug Report 2020, there was an 18% increase in people using cannabis between 2010 and 2019. The report shows that cannabis consumption has increased by 42% in 77 countries, but it is not named among the most harmful drugs. The world’s most harmful drug is an opioid, i.e. opium. 58% of opium users live in Asia.