World Tuberculosis Day is celebrated every year on 24 March. In the history of the country and the world, many important events are recorded on the date of 24 March, but this day is special for tuberculosis. This bacteria was identified today.

Tuberculosis is a disease caused by bacteria. During the patient’s coughing and sneezing, fine droplets coming out of the mouth and nose spread them. In this case, the infection can happen even if you sit very close to the patient and talk.

I have shared some quotes and wishes related to World Tuberculosis Day 2020. You can spread awareness regarding Tb by wishing your friends and relatives. 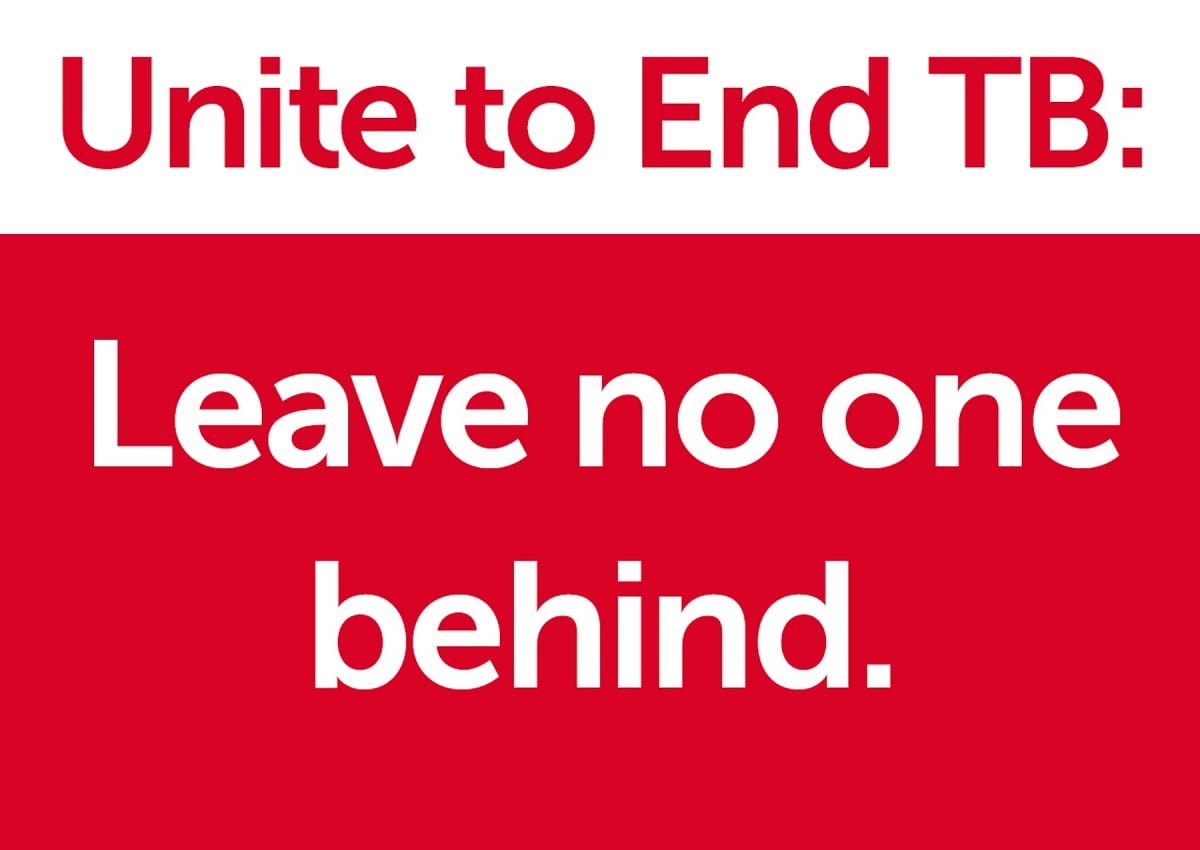 “Germany is in terrible condition this year. This is particularly true of the working masses, who are so undernourished that tuberculosis is having a rich harvest, particularly of adolescent children.” » Agnes Smedley

“The answer to old age is to keep one’s mind busy and to go on with one’s life as if it were interminable. I always admired Chekhov for building a new house when he was dying of tuberculosis.” » Leon Edel

“Depression, gloom, pessimism, despair, discouragement, these slay ten human beings to every one murdered by typhoid, influenza, diabetes or pneumonia. If tuberculosis is the great white plague, then fear is the great black plague.” » Gilbert Murray

“Be Aware because TB Is Out There!”

“Win The Fight Before It Starts…..Test For TB”

“Tuberculosis: Feels Good Get That Off My Chest”

Once a dreaded disease, tuberculosis treatment has paved the way for an increase in tuberculosis cure in the global health scenario. Tuberculosis, commonly known as TB is a lethal infectious disease which is caused by the different strains of mycobacteria organism with Mycobacterium tuberculosis being the most common causative agent.

Patients who suffer from pulmonary tuberculosis appear to be consumed from within; the reason why it was once called ‘consumption’. A TB sufferer will be seen with the following signs and symptoms:

The night sweats and severe hot flashes during the night that can drench sleepwear and sheets and are unrelated to environmental conditions. However, in patients whose infection has spread outside the pulmonary area, other manifestations will be present depending on where the infection has reached.

Extra-pulmonary tuberculosis may affect the cardiovascular, nervous, skeletal and genitourinary system. Early detection of the disease is crucial to the success of tuberculosis treatment. Thus, when one suspects of having the disease especially when a known carrier is in the immediate environment, undergoing screening and diagnostic tests are essential.

The most effective Tuberculosis Treatment modality

Multiple drug therapy is the cornerstone of tuberculosis treatment. It is the use of a combination of antibiotic drugs to assure lesser resistance of the bacteria towards the medication. Unlike other bacterial infections, tuberculosis treatment takes on a longer course. For uncomplicated TB cases, the treatment usually lasts for about 6 months. Latent TB cases, on the other hand, take longer with 6-9 months medication period.

The first-line of anti-tuberculosis drug names are given with a standard three-letter and a single-letter abbreviation:

In the standard ‘short’ course uncomplicated tuberculosis treatment, the combination drug is given in this formula: HREZ in first two months, and HR in the following four months.

Tuberculosis Treatment Side and Adverse Effects

TB medications are very potent drugs that pose some side and adverse effects. Patients under the first-line medication are monitored for the following:

How is TB Transmitted?

Tuberculosis is a highly contagious airborne disease which can be transmitted via droplet nuclei. When a person with active tuberculosis talks, speaks, coughs sneezes, and spits, the bacteria can get suspended in the expelled aerosol.  One can contract tuberculosis when he comes in contact with the bacteria through the saliva droplets or infectious mist. Someone who is in constant, prolonged, or intense contact with a TB patient is particularly vulnerable to catching the infection such as family members or caregivers of a patient. An unknown TB carrier can go on transmitting the disease in the community for up to 10-15 new cases in a year.

Mass screening in communities where high prevalence rates have been observed has become a drive of the World Health Organization. Prompt detection of individuals infected with TB that has not yet developed into active tuberculosis can prevent the spread of TB in the community. Chest X-ray and sputum culture are ways to screen suspected TB patients. Identifying the causative agent through sputum culture is the ultimate diagnostic test for TB but chest X-ray can not be relied upon for diagnosis. Other screenings and diagnostic methods are Mantoux tuberculin skin test and Interferon-γ release assays.

Currently, there is one tuberculosis vaccine that is most widely used called Bacille Calmette Guerin or (BCG). This vaccine contains a live attenuated strain of Mycobacterium Bovis.

Massive vaccination and information drive, along with intensive adherence to tuberculosis treatment have successfully lowered down TB cases in most prevalent areas.

The Tuberculosis Treatment – How, When and Why should it be consumed?

The tuberculosis treatment must be handled and looked after by proficient doctors. The doctor would monitor and manage the patient’s progress during the cure. TB has several medications. Each would vary in terms of its positive benefits and side effects. Medication has evolved to be the cornerstone of TB treatments. Nevertheless, TB takes a long time to cure when compared with several other bacterial infections. A recent study has proved that, with a decrease in treatment duration, the cure would become a lot faster and side effects will diminish by considerable amounts.

Tuberculosis treatment starts with a few common drugs. People in their early stages of TB will need to consume only one kind of drug. Whereas, individuals with active tuberculosis are ought to consume an assortment of drugs. Drug-resistant strains will also need a large number of tablets and medications. The most common TB treatment drugs are Isoniazid, Rifampicin, Ethambutol, and Pyrazinamide. These drugs will work at a faster rate if it is consumed with Vitamin D.

The Visible Side Effects

Each of the foremost drugs used for treating tuberculosis is ordained with few visible side effects.

1)      Isoniazid – This is a drug given to numerous TB patients. The powerful medication will make its consumers feel a lot tired and nauseous. Isoniazid will make its user lose their appetite. The drug will also cause numbness in the hands and feet of TB affected patients. Nevertheless, Isoniazid helps healthy people to recover steadfastly.

2)      Rifampicin – this is a strong drug, which would reduce the effect of several other medications. Women who are under the influence of contraceptive pills must take care whilst consuming Rifampicin. People with lens implants, soft contact lenses must also prevail from consuming Rifampicin, as it could stain their implants. The drug will also cause discoloration of urine, sweat, and saliva. Nevertheless, discoloration is a harmless side effect.

3)      Ethambutol – this is a serious drug, which causes visual problems. Doctors will always carry out an eye test, before prescribing this drug to their patients.

4)      Pyrazinamide – the mild drug has to be consumed in three months. Nevertheless, the drug would ordain consumers with a nauseous feeling and loss of appetite. Unexplained fever, rash, and aches are some of the other side effects of Pyrazinamide.

The treatment for tuberculosis has intermediate reliefs. The patient would feel a lot healthier and fit in these intermediate sessions. However, these are just hallucinations and the real cure is yet to come. Stopping the tuberculosis treatment at these mediate stages will strengthen the disease-causing bacteria. TB will become dangerous and hard to treat if the bacteria become resistant to the prescribed drugs. Patience and care have to be combined whilst undergoing tuberculosis treatment.

Side effects of Tuberculosis Treatment

I hope you liked my information about World Tuberculosis Day.